Anthropos Australis presented three papers at this year's Australian Archaeological Association Conference in Coffs Harbour and these were all well received. 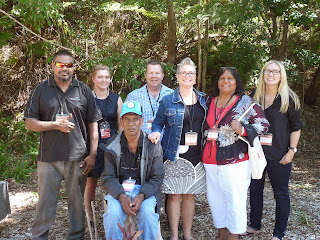 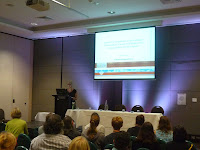 ‘Commercial Complexities at Shell Middens: The Excavation of Seven Shell Middens at Cape Lambert, in Western Australia’ was presented by Shannon Smith. The question time highlighted the interest by both researching and consultancy archaeologists, in the results from large scale commercial excavations. 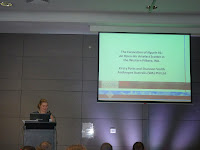 'The Excavation of Ngurin #1: An Open-Air Artefact Scatter in the Western Pilbara, WA' was presented by Kirsty Potts. Question time confirmed the need for further excavations of open-air artefact scatters as positive feedback was given by numerous researchers considering conducting similar excavations. We will be publishing on this Project next year. 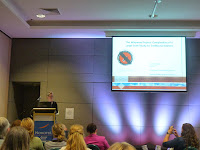 The Winyama Project: Complexities of a Large Scale Project for Traditional Owners' was presented by Camille Tanner. Question Time elicited some fruitful discussion and comments later in the evening were positive. The general response was that the Traditional Owner view was rarely explored yet often a major portion of heritage surveys.


Thanks goes to Ngarluma Traditional Owners Keith Churnside, Josie Samson and Fabian Togo who travelled from Roebourne to Coffs Harbour to attend the AAA Conference support the Anthropos Australis presentations. It is great to have the support and endorsement of the Ngarluma Traditional Owners in our research.
Posted by Anthropos Australis (WA) Pty Ltd at 16:35