The Wilinggin Aboriginal Corporation, representing the native title rights and interests of the Ngarinyin Traditional Owners in the north central Kimberley of Western Australia, have appointed Anthropos Australis as it's Heritage Advisor in its negotiations with a number of exploration companies wishing to access their land. 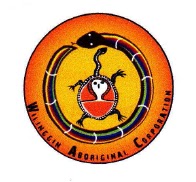 Last week in Derby, Nic Green assisted the Wilinngin Directors and Traditional Owners in their engagement with representatives from three exploration companies, that attended. Exceed Energy, Rio Tinto Exploration and Hodras had a very collaborative and mutually rewarding meeting, with Heritage Surveys being planned for the remainder of 2013 and early in 2014 after the wet ends. Anthropos Australis is looking forward to a collaborative relationship with the WAC and the Ngarinyin Traditional Owners. 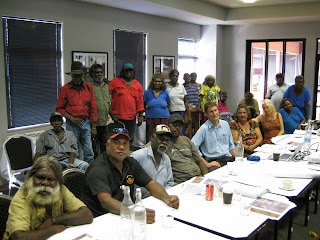 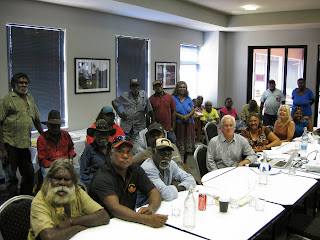 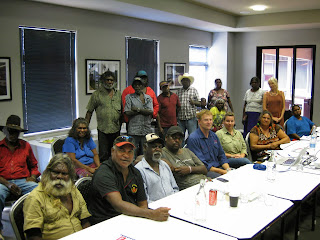